Arrowhead Country Club is open for business and we are taking the necessary safety precautions and following the social distancing protocols.

The team of Raymond Floyd and Tom Jackson has created a 27-Hole masterpiece, complete with a canvas of Bermuda grass fairways and Mini-Verde greens, along the scenic Intracoastal Waterway in Myrtle Beach. 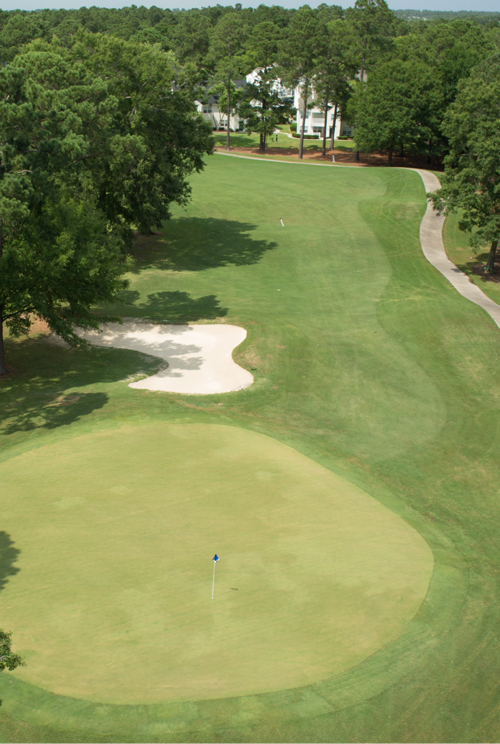 Our courses and Facilities

Arrowhead Country Club is Myrtle Beach’s Premier 27-Hole golf complex. The team of Raymond Floyd and Tom Jackson has created a 27-Hole masterpiece, complete with a canvas of Bermuda grass fairways and Mini-Verde greens, along the scenic Intracoastal Waterway. Each nine-hole layout is unique, featuring uncommon elevations, hardwood wetlands and the most impeccably-manicured holes in the area.

The course was commended for its uniqueness in 1998, being voted by the National Golf Course Owners Association as the “South Carolinas Golf Course of the Year.” As a tribute from the local community, Arrowhead has also been ranked among the “Best of the Beach” four consecutive years by readers of the Myrtle Beach Sun News.

Arrowhead is conveniently located within five minutes of the Myrtle Beach International Airport and is available with most Myrtle Beach area golf packages. The Country Club offers a chipping and putting area, driving range, a hospitable bar and grill, and a magnificent pro-shop. Arrowhead is widely-acclaimed for its consistently great conditions, reasonable greens fees, free range balls, and staggered, all-day tee times. The friendly staff is willing to do what it takes to make your golfing experience memorable. Whether greeting you at the bag drop or chatting it up with you on the course, the staff will let you know that your presence is appreciated. A great day of golf in Myrtle Beach always starts at Arrowhead Country Club. 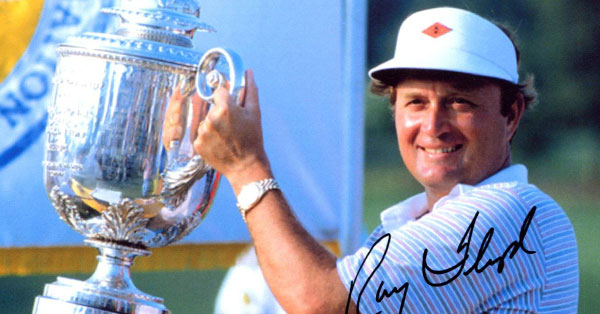 Arrowhead Country Club is an award winning 27-hole golf course meticulously crafted by Raymond Floyd. In 2012, WMBF News presented Arrowhead with the title “The Best of the Grand Strand.” A few years before that Arrowhead Country Club was given the prestigious honor of being named “South Carolina’s Golf Course of the Year.” We want to invite you to come and see why Arrowhead is an award winning course.
Book Tee Time 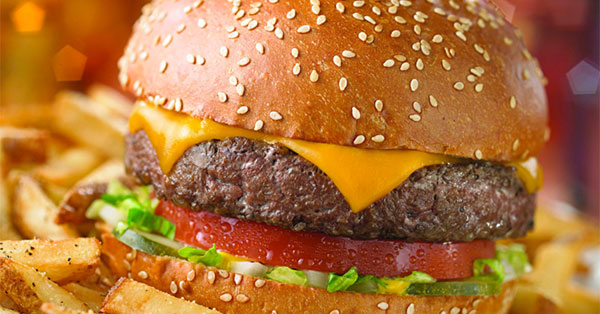 The Arrowhead Bar and Grill has an excellent variety of food and beverages to choose from at your nine hole turn or at the end of your round. Enjoy any number of grilled or cold sandwiches, Angus beef cheeseburgers, pulled pork BBQ, or the classic chili dog. We offer an assortment of premium liquors, domestic and import beers, and red or white wines. Sit back and relax while enjoying any one of the four flat screen televisions. 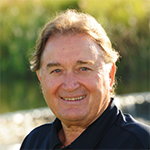 Ray Floyd’s credentials as a member of the World Golf Hall of Fame are well known. Included in his list of accomplishments are: Fourth youngest player to win on the PGA Tour Oldest player (to that time) to win the United States Open Winner of all three American major championships Only player to win on both the PGA Tour and Senior PGA Tour in the same year Member of eight Ryder Cup teams and captain of the 1989 Ryder Cup team Winner of 60 tournaments and more than $16 million worldwide in his career.

Floyd credits his wife, Maria, for much of his success, and it was not until 1975, after his marriage, that he began compiling the record that would result in his 1989 induction into the World Golf Hall of Fame. He won the 1975 Kemper Open for his first victory since 1969, and followed in 1976 by winning the Masters Tournament by eight strokes with a then record-equaling 271 (17 under par), and the World Open. Floyd finished the decade with three more PGA Tour victories and two overseas wins.

Golf Course Design: Floyd has demonstrated his talent in the golf course design business, and has more than a dozen projects to his credit. Most recently, Floyd has restored Doral’s “Blue Monster”. He used his skill as an architect and his experience as a long time Doral Open participant and champion to maintain Dick Wilson’s intent and design philosophy for Doral.

Senior PGA Tour: The year 1992 began with anticipation of Floyd reaching 50 years old and being eligible for the Senior PGA Tour. It turned out to be the most tragic, and then one of the most triumphant years of his career. While still not committed exclusively to the Senior PGA Tour, Floyd played 20 tournaments on that circuit in 1994 and won four, including a major title at The Tradition and the season-ending Senior Tour Championship.

Experiencing another great year in 1995, Floyd repeated his victory in the Senior Skins Game in January, earning a record $420,000. In March, he won the inaugural Senior Slam at Los Cabos, Mexico, and earned another major title by winning the PGA Seniors’ Championship in April.

Floyd began 1996 by winning the Senior Skins Game for an unprecedented third time. In March, Floyd defended his title at the Senior Slam at Los Cabos, Mexico, by firing a final round 67 to come from behind and win the event by 3 shots. In July, Floyd won his third Senior major title with a two shot victory in the Ford Senior Player’s Championship at the Tournament Players Club in Dearborn, Michigan. In December, he rounded out a successful year by defending the Office Depot Father /Son Challenge title with son Ray, Jr.

In 1997, Floyd’s earnings exceeded $1.2 million including three wins and 14 top ten finishes. Floyd’s three victories included the Senior Skins Game, making it his fourth in a row, the Office Depot Father/Son Challenge with Son Ray, Jr., making it a third consecutive win, and the Lexus Challenge, with playing partner actor William Devane, making it his second title in the event’s three year history. Floyd was also awarded the prestigious Gold Tee Award recognizing his contributions to the game of golf. 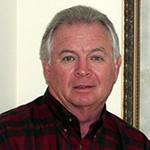 Quick Facts: Jackson has been actively designing and building golf courses since 1965, when he worked for two of the country’s leading architects – Robert Trent Jones and George W. Cobb. He has been involved with more than 75 golf courses during the past 26 years and formed his own company, Tom Jackson, Inc. in 1971. Courses he has designed and constructed include private, semiprivate, resort and public projects, seven of which were done for government agencies. The Carolina Country Club in Spartanburg was named among the Top 20 golf courses in South Carolina by the Post-Courier (1990) and has hosted the last two SC PGA Chapter Championships for the state’s golf professionals. One of his newest creations is the spectacular mountaintop course – The Cliffs at Glassy, which has been nominated for Golf Digest’s “Best New Private Course For 1994.”

Others: Sea Palms, St. Simons Island, GA; Sandestin Beach Resort, Destin, FL. Jackson is currently working on a 36-hole course on Amelia Island, FL, a 54-hole project in Atlanta, a nine-hole addition to Prestonwood in Cary, NC, an 18-hole course in Morganton, NC as well as projects in Tennesee, Pennsylvania and Alabama. He has completed courses in Virginia, West Virginia and Puerto Rico.